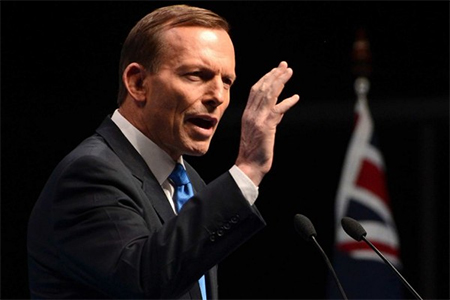 Yesterday, Australia’s Prime Minister Tony Abbott unexpectedly announced that Australia would be returning to the appointment of Knights and Dames, an outdated system which ceased 30 years ago. This was done without any consultation, discussion or prior notice. Now comes this:

Australia will revert to using miles, ounces, yards and furlongs next year, more than 40 years after the imperial system was first phased out in favour of metric measurements.

Prime Minister Tony Abbott made the announcement late yesterday as part of his broader plan to return to colonial era thinking.

“Too often we cast tradition aside without due consideration to the impact it has on our social fabric,” Mr Abbott said in a speech to Parliament. “This is a natural step, an important step in our future as a nation”.

Mr Abbott, who said he had been considering the change for some time, pointed out that many Australians already regularly use the imperial system. He joked that Senator George Brandis had recently asked him to guess how many yards of bookshelf space he has. “I guessed two hundred, which, as it turns out, was miles off,” Mr Abbott said to laughter.

The correct length is 28 chains.

While the cost for changing existing infrastructure, such as road signage, could run into the thousands of pounds, Mr Abbott said it would be money well spent.