This tag is associated with 33 posts

A court in Canada has ordered teen pop sensation Justin Bieber to stop making music for the next three years as restitution for a recent assault charge. In a plea deal with the prosecution today, 19-year-old Bieber agreed to refrain from touring or recording new material in exchange for keeping himself out of jail. The … Continue reading →

Justin Bieber recently announced that he was retiring from the music business. The iRumors News Agency is now reporting that the Canadian singer is considering purchasing some land in the marijuana haven state of Colorado and becoming a pot farmer. Bieber spoke with Vodka Vermicelli of iRumors and said that he figures that by being … Continue reading →

On December 18th 1961, The Lion Sleeps Tonight hit number one on the Billboard Charts. It was an instant classic that endured to become one of the most successful pop songs of all time. Few realise, however, that its true originator saw only a minuscule portion of the song’s massive profits. The story began in … Continue reading →

On October 28th 1961, the second so-called “Apache trial” began for rock-and-roller Chuck Berry. Although his earlier conviction for transporting a minor across state lines for immoral purposes in violation of the Mann Act was thrown out on appeal, the prosecution decided to retry Berry. Born October 18th 1926 into a middle-class family in St. … Continue reading →

On October 27th 1970, Andrew Lloyd Webber and Tim Rice, who would go on to become the most successful composer-lyricist team in modern theatre history, released a double-LP “concept” album called Jesus Christ Superstar, which only later would become the smash-hit Broadway musical of the same name. From the late 1950s to the mid 1960s, … Continue reading →

On October 25th 1980, AC/DC earned their first pop Top 40 hit with “You Shook Me All Night Long.” Back when they were releasing albums like Dirty Deeds Done Dirt Cheap (1977), AC/DC would have seemed an unlikely candidate to become one of the top-selling pop-music acts of all time. But over the course of … Continue reading →

On October 24th 1962, James Brown took a major step toward his eventual crossover to, and conquest of, the mainstream with an electrifying performance on black America’s most famous stage—a performance recorded and later released as Live at the Apollo (1963), the first breakthrough album of his career. James Brown began his professional career at … Continue reading →

On October 11th 1975, the epic single “Born to Run” became Bruce Springsteen‘s first-ever Top 40 hit, marking the start of his eventual transition from little-known cult figure to international superstar. By 1975, 26-year-old Bruce Springsteen had two heavily promoted major-label albums behind him, but nothing approaching a popular hit. Tapped by Columbia Records as … Continue reading →

On October 4th 1970, Janis Joplin died of an accidental heroin overdose, and was discovered in her Los Angeles hotel room after failing to show for a scheduled recording session. She was 27 years old. In the summer of 1966, Janis Joplin was a drifter; four years later, she was a rock-and-roll legend. She’d gone … Continue reading →

On October 2nd 1971, one of the greatest rock songs of all time, “Maggie May,” became Rod Stewart’s first #1 hit. If living well is the best revenge, then Rod Stewart has long since avenged the critical barbs he’s suffered through the years. Still active in his fifth decade as a recording star, he can … Continue reading →

On September 24th 1966, the made-for-television Monkees smashed into the real world when their first single, “Last Train To Clarksville,” entered the Billboard Top 40. When producers Bert Schneider and Bob Rafelson conceived a situation comedy called The Monkees in 1965, they hoped to create a ratings success by blurring the line between pop music … Continue reading →

On September 4th 2002, Kelly Clarkson, a 20-year-old cocktail waitress from Texas, won Season One of American Idol in a live television broadcast from Hollywood’s Kodak Theatre. Clarkson came out on top in the amateur singing contest over 23-year-old runner-up Justin Guarini after millions of viewers cast their votes for her by phone. She was … Continue reading →

On August 29th 1978, the album Grease earned its second chart-topping hit when its third single, Frankie Valli’s “Grease”, reached the #1 spot on the Billboard Hot 100. The 1960s was the final decade in which the musical hits of Broadway were routinely and successfully adapted by Hollywood into big-budget screen versions. West Side Story … Continue reading →

On August 16th 1977, popular music icon Elvis Presley died in Memphis, Tennessee. He was 42. The death of the “King of Rock and Roll” brought legions of mourning fans to Graceland, his mansion in Memphis. Doctors said he died of a heart attack, likely brought on by his addiction to prescription barbiturates. Elvis Presley … Continue reading →

On August 15th 1969, the Woodstock Music Festival opened on a patch of farmland in White Lake, a hamlet in the upstate New York town of Bethel. Promoters John Roberts, Joel Rosenman, Artie Kornfield and Michael Lang originally envisioned the festival as a way to raise funds to build a recording studio and rock-and-roll retreat … Continue reading →

On August 6th 1942, songwriter, musician and actor Isaac Hayes was born in Covington, Tennessee, the second child of Isaac Hayes, Sr., and Eula Hayes. It’s a long way indeed from performing onstage at the Academy Awards to portraying a cartoon chef, but that’s the singular journey travelled by the late Isaac Hayes in a … Continue reading →

On August 1st 1981, MTV: Music Television went on the air for the first time ever, with the words (spoken by one of MTV’s creators, John Lack): “Ladies and gentlemen, rock and roll.” The Buggles’ “Video Killed the Radio Star” was the first music video to air on the new cable television channel, which initially … Continue reading →

On July 30th 1966, “Wild Thing,” the three-chord masterpiece, became a #1 hit for The Troggs, and instantly took its rightful place in the rock-and-roll canon. If there is one song that has been played more times by more bands in more garages than any ever written, “Wild Thing” would probably warrant a mention as … Continue reading →

On July 13th 1985, at Wembley Stadium in London, Prince Charles and Princess Diana officially opened Live Aid, a worldwide rock concert organised to raise money for the relief of famine-stricken Africans. Continued at JFK Stadium in Philadelphia and at other arenas around the world, the 16-hour “superconcert” was globally linked by satellite to more … Continue reading →

On July 9th 1962, Bob Dylan walked into a studio and recorded the song that would make him a star. A few weeks earlier, in the spring of his first full year in New York, he was onstage at Gerde’s Folk City in Greenwich Village, talking about a song he claims to have written in … Continue reading →

On July 6th 1971, Louis “Satchmo” Armstrong, one of the most influential musicians of the 20th century, died in New York City at the age of 69. A world-renowned jazz trumpeter and vocalist, he pioneered jazz improvisation and the style known as swing. Louis Daniel Armstrong was born on August 4th 1901 in New Orleans, … Continue reading →

On June 26th 1975, after 13 years together as a couple and six years of marriage—the last three for the cameras—Sonny and Cher were legally divorced. With a string of pop hits in the mid-1960s that began with the career-defining “I Got You Babe” (1965), Sonny and Cher Bono established themselves as the most prominent … Continue reading → 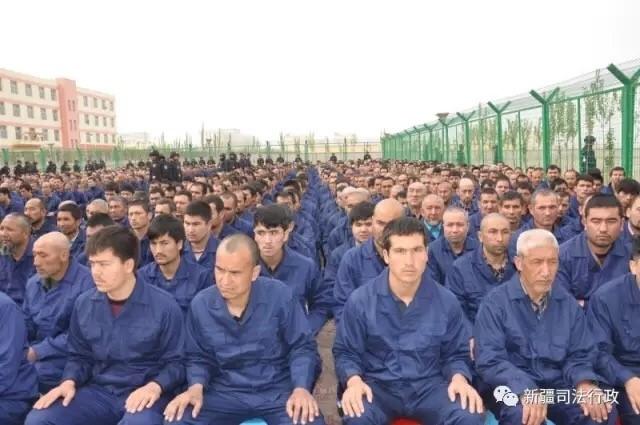