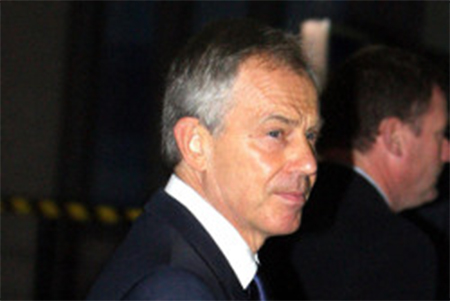 Just open an antiques shop or something

The grin-based organism has been asked to stop saying things in the press, which reminds Britain that it voted for him three times.

Teacher Emma Bradford said: “When Kim Kardashian came along, Paris Hilton had the self-awareness to recognise that her time as the world’s go-to media whore was over.

“If only Tony Blair had that much dignity and sense of the public mood.

“Look at Gordon Brown. Awful prime minister, but as an ex he knows to keep his chin-jerking face out of sight until we’re ready to be nostalgic.”

90s PM John Major said: “After years of exile, I managed to make a little bit of a comeback by moving into comedy when I revealed my affair with Edwina Currie.

General Manager at Craig Hill Training Services * Get an Australian diploma by studying in your own country * Get an Australian diploma using your overseas study and work experience * Diplomas can be used for work or study in Australia and other countries. * For more information go to www.craighill.net
View all posts by Craig Hill »
« ‘Dirty’ Harry Callahan found not guilty of shooting unarmed civilians
Al Gore and Pope spar over origins of the Internet »