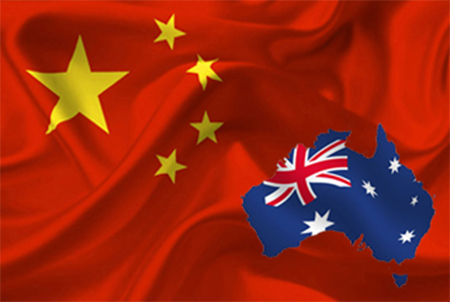 Australia will undertake a major rethink of its investment stance towards China, with the Rudd government now prepared to discuss reducing hurdles to Chinese investment as it strives to conclude a free trade agreement with Beijing.

New Trade Minister Richard Marles is preparing to fly to China for talks on the FTA and has signalled that the government is now prepared to discuss concessions in this politically explosive area.

It marks a radical departure from the policy under Julia Gillard, where the government pursued a trimmed down agricultural FTA with China and refused to consider changes to Chinese investment access.

A comprehensive Australia-China FTA rocketed back on to the political radar after Kevin Rudd and Chinese President Xi Jinping pledged to revive the talks in a phone discussion shortly after Mr Rudd’s return to the leadership last month.

But any move on increasing Chinese investment access amounts to a calculated political risk. As beneficial as such a move might be to the Australian economy, it is hotly opposed among parts of the community.

In an interview with The Australian yesterday, Mr Marles said China wanted an increase to the threshold at which non-state investments were referred to the Foreign Investment Review Board.

Under the current rules, companies or individuals from China and most other countries are subjected to FIRB approval for investments of $248 million or more. It’s believed China wants this increased to the $1 billion threshold that applies to US and New Zealand investors. China is also believed to be seeking an end to the automatic referral of all state-owned entity investments to the FIRB regardless of value.

Mr Marles said he would not discuss exactly what Australia might offer but that it was prepared to look at the FTA “in a fresh light” and negotiate in a “practical and pragmatic” way. He said Australia had had concerns about making any changes in this area “up until now” but was now willing to consider the “totality of all of this”. “To make progress we do have to look at the positions that both sides have taken in a pragmatic way,” he said.

“To state the obvious you need to advance those positions – and that means change – in order to make progress. We are willing to look at this afresh and see how we can do that.”

Negotiations on an FTA began in 2005 in the hope that Australia’s exporters could break free from the quotas, tariffs and red tape imposed by Beijing, but the talks have failed to result in a deal. The original feasibility study found an FTA could boost gross domestic product in Australia by $US18bnover 10 years and GDP in China by $US64bn over that period.

Since then, China has become Australia’s largest trading partner with two-way trade totalling almost $128bn in 2011-12 on Austrade figures.

Chinese investment has been increasing in Australia and hit $23bn last year on Department of Foreign Affairs figures, but it still trails investment from the US, Britain and Japan.

Mr Marles said a China FTA would be a boost to agricultural exporters, but also to services industries and even manufacturers as Australia’s trade with China shifted from resources to supplying a growing middle class.

“The future of our economic relationships with China is going to shift from being one based on resources – although it will obviously still have a very large resources component to it – to one that has a much bigger goods and services component,” he said. “If we were able to make progress on an FTA with China that would be a very significant contribution to the Australian economy given how important providing goods and services to the growing Chinese middle class is going to be for the future of the Australian economy and future prosperity in Australia.”

New Zealand’s dairy sector has been revitalised by the New Zealand-China FTA and Australian exporters hope that a similarly advantageous deal can be struck between Australia and China.

Along with the change to the investment threshold and an end to the automatic referral of all state-owned entity investments to the FIRB regardless of value, China may seek access to visas for Chinese managers and staff in niche areas.

These requests for visa changes and changes to the automatic FIRB referral of state-owned enterprises appear far more politically sensitive and harder for the Australian government to push through than increasing the private investment threshold, which has the backing of a senior conservative in the form of Western Australian Premier Colin Barnett.

Mr Marles said he remained confident that the Australia-Japan FTA and the Australia-Korea FTA remained “on the cusp” of being agreed, even though delays have cropped up in both negotiations.

Despite reports of an imminent breakthrough, the Japan deal has hit problems over Tokyo’s refusal to give much ground on beef imports and Australia’s reluctance to cut auto import tariffs.

The Korea deal has been held up on Australia’s insistence that it not contain an investor state dispute settlement provision, which former trade minister Craig Emerson had warned would expose Australia to litigation from foreign firms.

Mr Marles confirmed the government’s policy on this issue remained the same.

Source: The Australian – Free-trade push may open door to China