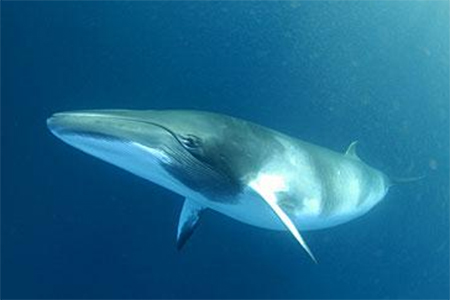 Australia has rejected Japan‘s Antarctic whaling as dangerous and a fairy tale as it laid out for the first time at the International Court of Justice the case against the practice.

Japan’s controversial ”scientific” whaling program came under detailed attack from senior counsel for Australia before the court, and in a lengthy written case released at The Hague.

The court heard Japan’s decision to take up to 935 minke whales each year under self-awarded scientific permits in the Antarctic could be catastrophic if the example was followed by other countries.

Australia is asking the court to order a halt to the whaling in the case which is to be argued before its 16 judges over four weeks.  A decision from the court is expected later this year.

”In short, Japan seeks to cloak its ongoing commercial whaling in the lab coat of science,”  Mr Campbell said on Wednesday.

Cambridge University’s professor James Crawford, SC, said the International Convention on the Regulation of Whaling (ICRW) specified that the special permits were ”exactly that – special”, and not intended to be open-ended.

Geneva University‘s Laurence Boisson de Chazournes, also speaking for Australia, told the judges  that just like Sleeping Beauty, Japan had been in a deep legal slumber for the past 20 years.

It lived in an imaginary land where the ICRW allowed Japan to take what it wanted,  Professor Boisson de Chazournes said.

”Do we have to wait for some comely white whale to come along and wake up Japan?” she said. ”I don’t think so . . . What Japan needs is to come back to international legality.”

In the detailed written case, or Memorial, Australia summed up its arguments by saying that Japan had undermined normal science.

”Japan has subverted normal scientific process by commencing with a pre-determined method – whaling – and attempting to ‘retro-fit’ a program to match,” the Memorial said.

”The reason that Japan persists with (the program), JARPA II, is that its actual purpose is to continue whaling; in so doing, Japan is driven by its business model and the economic and other benefits generated for stakeholders.”

Australia’s case was summed up in the Memorial in five points:

Outside the court Japan defended its position to reporters.

”Japan places great importance on international legal order and the rule of law as a basis of the international society,” he said. ”Japan will participate in the proceedings before the ICJ with utmost sincerity.”