Australia’s relationship with China is beset with misperceptions 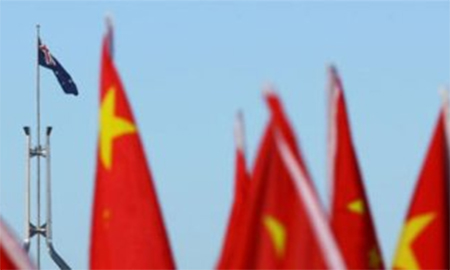 For all its vision and clarity, Australia‘s defence white paper belies a harsh truth: our relationship with China is beset with misperceptions, write Kerry Brown and Bates Gill.

China is beset The Australian Defence White Paper released this month takes a strongly positive position on China. “Australia welcomes China’s rise”, it states, and “does not approach China as an adversary”.

Rather, the policy aims at “encouraging China’s peaceful rise and ensuring that strategic competition in the region does not lead to conflict”.

That at least is consistent with the strategy put forward by the Government’s Australia In The Asian Century from last year which sought to align Australia’s future with that of its Asian neighbours, not least China.

This all seems sensible. But in spite of this clarity, the vision the paper lays out belies a harsh truth: Australia’s relationship with China is beset with misperceptions and misunderstandings – inside and outside government.

As an example of this, one only has to contrast what the current defence white paper says about China and what its predecessor document said just four years ago.

The 2009 paper expressed a far more troubling view about the country’s rise to global and regional prominence, especially militarily, and its lack of transparency about its strategic intentions and military capabilities.

This year’s white paper notes only that “China’s defence capabilities are growing and its military is modernising, as a natural and legitimate outcome of its economic growth”.

That idea seemed unthinkable in 2009.

The two white papers on the issue of China are conflicted because they reflect an ambiguity about China across the wider community in Australia.

Much of this ambiguity arises from misperceptions, misperceptions not helped by the poor job China does at putting forward a more positive image here.

The simple fact is that Australia derives great benefits from its business links with the second biggest economy in the world. Investment is going up, trade is robust. Few countries are better placed to reap benefits from China’s new found wealth.

Yet many fear China, seeing it as different, its world view as malign, and deeply suspecting its long-term intentions.

It would help to put things into perspective.

Contrary to scare stories about Australia selling itself to China, for the past year or more we have seen the Chinese economy softening, owing in part to the global slowdown, especially in China’s principal export markets – the European Union, the United States, and Japan – and to structural inefficiencies and roadblocks within China itself. That has had a knock on effect in this country.

And contrary to widespread belief, America, not China, is far and away Australia’s largest and most important investment partner. For all the stereotypes of a juggernaut that poses a threat, China itself faces significant medium- and long-term challenges – socio-political, environmental, demographic, and more.

These are worrisome uncertainties and underscore the point that a weakening China could pose a far greater problem for Australia than a stable and prosperous China.

Misunderstanding China means that we also do not get the relationship between Australia’s most important strategic partner – the United States – and China.

The 2013 defence white paper is right when it say the “relationship between the United States and China, the region’s and the globe’s two most powerful states, will more than any other single factor determine our strategic environment over coming decades”.

But just because 2,500 Marines are now on rotation in Darwin does not mean the US is siding with us for a coming conflict with the big neighbour in the north.

At official and unofficial levels, the US and China are more deeply intertwined today than at any time in history. Trade and investment between the two has never been higher. Even their military-to-military relationship is seeing steady improvement. The leaders in Beijing and Washington are well aware of the potential for trouble in their relationship. They are committed to coolheaded statesmanship to manage these challenges.

China is hugely important to Australia. But this is a complex relationship, and is only likely to get more complex.

To be more effective in this dynamic, Australians cannot look to simple, black and white understandings and choices.  Rather, a far more informed, balanced and long-term discussion is needed to sort through the impending complexities of relations with China, and arrive at a sharper understanding of what is best for Australian interests.

Dispelling misdirection, misperceptions and misunderstandings about relations with China is the right place to start.

Source: ABC – China: it’s time to get some perspective