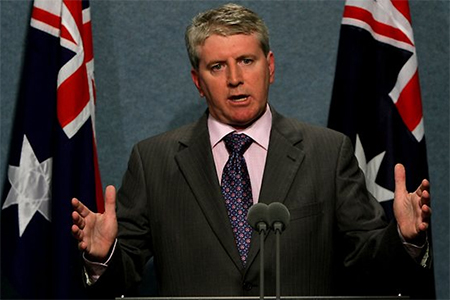 Australian Immigration Minister Brendan O’Connor has declared the number of 457 visa rorts to be in excess of ten thousand and committed the government to passing legislation to crack down on the regime.

Mr O’Connor placed his proposed overhaul of the 457 regime on the election agenda, saying its prominence in any campaign depended on the position of the Opposition and whether it supported his legislation.

For the first time, Mr O’Connor also claimed over ten thousand foreign workers were subject to the illegitimate use of the 457 regime program by employers.

“In so far as numbers, I believe that the areas where there’s been an illegitimate use of 457s numbers in the thousands. It’s not negligible,” Mr O’Connor told the Sky News‘ Australian Agenda program.

“I would say it would exceed over ten thousand.”

While committing to passing legislation, Mr O’Connor refused to reveal the details of what parts of the crackdown would be contained in legislation as opposed to changes given effect through regulation.

“I can assure you we will be looking to legislate,” he said. “There will be some parts that might be reformed through regulation.”

In March, Mr O’Connor pledged to legislate as soon as possible to enable the Fair Work Ombudsman‘s inspectors to ensure businesses employing 457 visa workers were properly complying with the scheme.

His comments today came as new monthly figures were released showing that there are currently 105,600 foreign workers on 457 visas in the community – an increase of 19.2 per cent on the figures in March last year.

Mr O’Connor said that if demand for the visas continued at the current rate, there would be 350,000 temporary workers on 457 visas in Australia in three years time.

“That’s more than the population of Wollongong and at a time when locals are looking for training and promotion opportunities, this growth is unsustainable,” he said.

Mr O’Connor also said he was particularly concerned that the occupations which had experienced the biggest rate of growth included the lowest paid workers including accommodation and food services and retail.