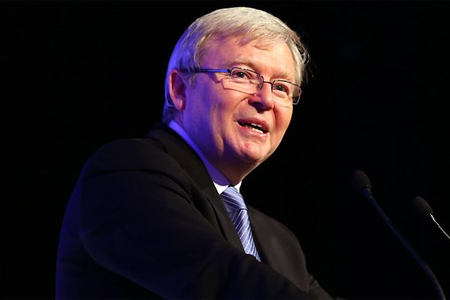 As Julia Gillard talks tough on foreign workers, Kevin Rudd has praised the contribution of successive generations of migrants to building the nation.

Speaking to an infrastructure conference in Melbourne today, Mr Rudd said Australia would not have become the world’s 12th largest economy if not for the contribution of migrants.

“Our natural birth rate has long been offset by our long-term orderly migration program,” he said.

“Successive generations of migrants from all corners of the world have made Australia much stronger and richer than we would otherwise have been.

“It is worth pondering for a moment where Australia would be today, in terms of both our living standards at home, and our standing in the world, had we simply shut the door after World War II, and had Arthur Calwell not initiated the post-war immigration boom that transformed the face of modern Australia.”

The Prime Minister today defended her promised crackdown on 457 category visas, saying she was interested in protecting Australian jobs and rejecting claims her message was damaging national harmony or the economy.

“I believe we should only be looking for temporary workers from overseas if there are skills shortages that we cannot fill any other way,” Ms Gillard said at a jobs expo in Sydney.

“Mr Abbott believes that temporary workers from overseas should be a mainstay of our migration program. I just don’t think that’s right.”

Asked to produce evidence of alleged rorts involving 457 visas, Ms Gillard said security jobs had wrongly been described by employers as “highly skilled”, and some foreign workers were brought over to do different jobs than the ones they ended up doing. “To the extent that there are any problems, I want to get them out of the system,” she said.

The policy was in part a reaction to Mr Rudd’s embrace of the idea of a “Big Australia”, in which a strong immigration intake would fuel economic activity.

Ms Gillard today said Australia continued to accept migrants who made it permanently their home, raised their families, got jobs and became Australian citizens.

“I’m a migrant. We’ve built a great multicultural society together,” she said of the post-war migration program which brought her own family from Wales in the 1960s.

The Prime Minister said the Howard government had not invested enough in skills and training and cited her experience of meeting overseas-trained doctors and nurses in hospitals.

“We need their skills,” she said. “When Mr Abbott was minister for health we did not train enough doctors and nurses.”

Earlier Ms Gillard announced a $1.5 million program to support the development of innovation in western Sydney, where unemployment is at 7.1 per cent, well above the national average.

In this way, she argued local research and development would lead to jobs closer to home, thereby reducing the time workers spent in their vehicles.

Reducing traffic congestion and improving road infrastructure have been major themes for the Prime Minister this week during an extended visit to western Sydney, where Labor is in serious danger of losing several seats at September’s election.

General Manager at Craig Hill Training Services * Get an Australian diploma by studying in your own country * Get an Australian diploma using your overseas study and work experience * Diplomas can be used for work or study in Australia and other countries. * For more information go to www.craighill.net
View all posts by Craig Hill »
« Australia’s imported workers being paid less
Australian Prime Minister’s attack on foreign workers is ‘damaging Asian strategy’ » 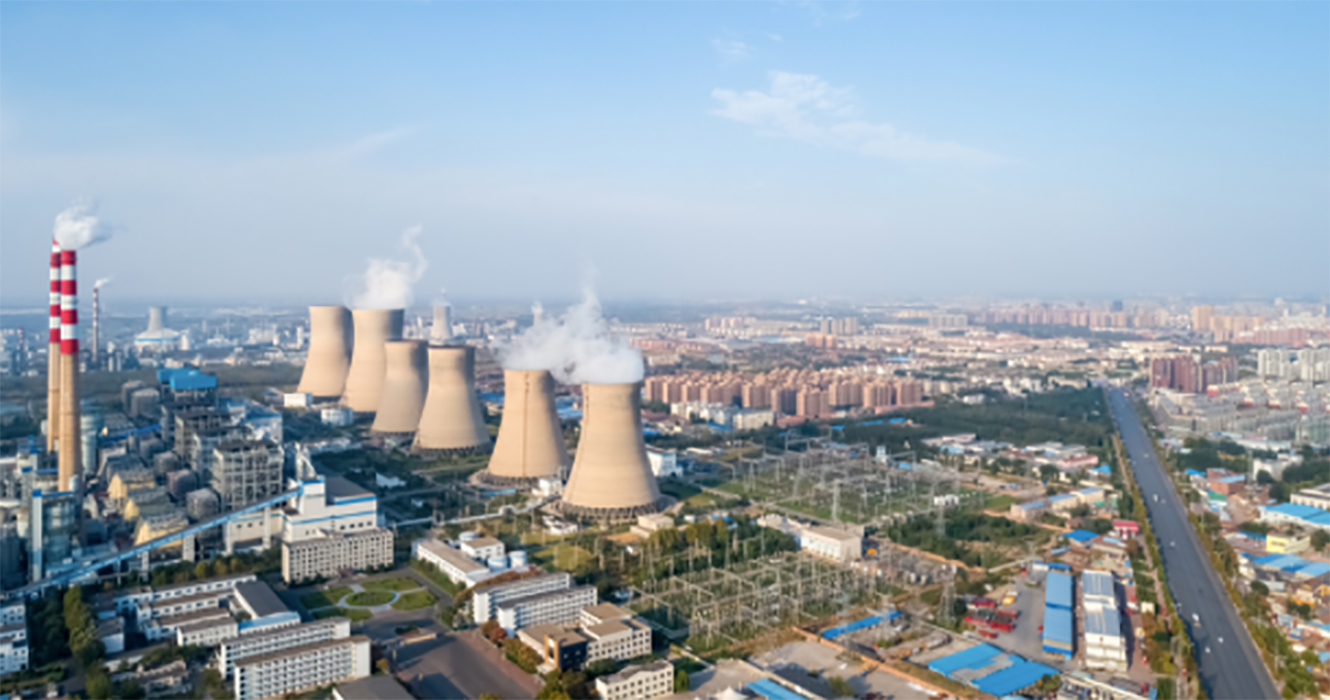