Jurisdiction To Review An Out Of Time Claim 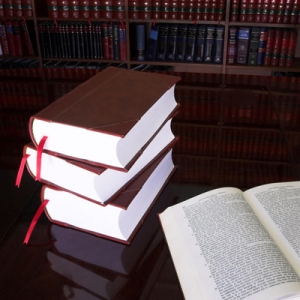 In Bain v Military Rehabilitation and Compensation Commission [2008] AATA 884, the Administrative Appeals Tribunal (Tribunal) was satisfied that it had jurisdiction to review decisions which the Commission had conceded could be reviewed out of time.

By a decision given on 27 September 2006 (Bain and Military Rehabilitation and Compensation Commission [2006] AATA 822), the Tribunal made a provisional decision on the following matters:

By a further decision given on 21 August 2008 (Bain and Military Rehabilitation and Compensation Commission [2008] AATA 730), it was decided that Mr Bain had not given an acceptable explanation for the delay in seeking review of the determination of 26 November 1975. It was found that Mr Bain had rested on his rights and did not pursue his claim for very many years. In all the circumstances, the Tribunal was not persuaded that it would be just to grant an extension of time in respect of the 1975 determination.

The position relating to the 1971 determination was noted to be different, as Mr Bain provided an acceptable explanation for the delay in pursuing his claim. Whilst the length of delay was considered to be extreme, accepting that there were special circumstances, the Tribunal did not think that the extent of prejudice suffered by the Commission was as great as might ordinarily result from such an extreme delay. It was therefore considered that not granting an extension of time would cause Mr Bain to suffer much greater prejudice from being unable to pursue what, on the information presently before the Tribunal, was apparently a meritorious claim.

A formal decision was delayed as the parties had requested the opportunity to consider whether the Tribunal should remit this matter to the Commission for reconsideration pursuant to section 42D of the Administrative Appeals Tribunal Act 1975.

By its decision dated 3 October 2008, the Tribunal noted that, rather than the parties making further submissions as to whether the matter should be remitted for reconsideration under section 42D, the Commission had suggested that, in the unusual circumstances of the present matter, the Tribunal should proceed with the substantive application for review of the decision dated 19 April 1971. Mr Bain agreed with this proposed course of action. The Tribunal was satisfied that it had the jurisdiction notwithstanding that the Commission had not reconsidered the primary decision on the merits. That was on the basis that there had been a refusal to consider the request for reconsideration, which constitutes a deemed decision reviewable by the Tribunal.