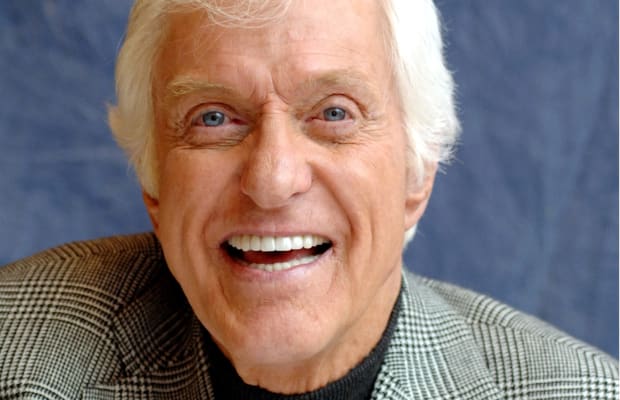 Richard Wayne Van Dyke was born on December 13, 1925 in West Plains, Missouri. He went on to become an actor, comedian, writer, singer, and dancer, whose award-winning career has spanned seven decades.

He grew up in Danville, Illinois. His family line traces back to Mayflower passenger John Alden.
He is the older brother of actor Gerry Van Dyke.

His family was very religious, and even after the launch of his career as an entertainer, he taught Sunday school in the Presbyterian Church, where he was an elder.

Van Dyke tried to enlist in the United States Army Air Forces for pilot training during World War II. After being denied enlistment several times for being underweight, he was eventually accepted for service as a radio announcer before transferring to the Special Services and entertaining troops in the continental United States.

Van Dyke first gained recognition on radio and Broadway, then he became known for his role as Rob Petrie on the CBS television sitcom The Dick Van Dyke Show, which ran from 1961 to 1966.

Van Dyke is the recipient of five Primetime Emmys, a Tony, and a Grammy Award, and was inducted into the Television Hall of Fame in 1995.

He received the Screen Actors Guild’s highest honor, the SAG Life Achievement Award, in 2013. He has a star on the Hollywood Walk of Fame at 7021 Hollywood Boulevard and has also been recognized as a Disney Legend.