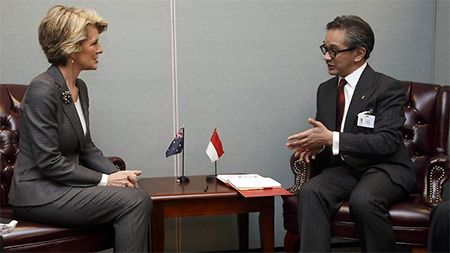 Indonesia has raised the ante in its dispute with the Abbott government over turning back asylum-seeker boats, saying its plan puts at risk Jakarta‘s “close cooperation and trust”.

The warning came as Tony Abbot sought to reassure the Jakarta “we absolutely respect Indonesia’s sovereignty and we would never do or propose anything which is contrary to that”.

But Indonesian Foreign Minister Marty Natalegawa has fired his government’s clearest warning shot four days before the Prime Minister flies to Jakarta for what are now shaping as highly sensitive talks with President Susilo Bambang Yudhoyono.

In a highly unusual step, Dr Natalegawa’s office today issued a detailed account of his discussions with Foreign Minister Julie Bishop on Monday in New York which, in effect, tells the new Abbott government to back off from key aspects of its asylum-seeker policy.

“Unilateral measures taken by Australia would potentially risk the close cooperation and trust between the two countries that has been established through Bali Process and thus should be avoided,” it said.

Earlier this month, in discussion with the Indonesian parliament‘s foreign affairs commission, Dr Natalegawa singled out the Coalition policy’s “Indonesian community engagement project” which includes buying fishing boats to keep them out of smugglers’ hands and paying locals for information to disrupt smuggling operations.

He said they were potential violations of Indonesian sovereignty.

Even before the election Dr Natalegawa had dismissed the proposal to turn back boats to Indonesia as unworkable.

Today, the Indonesian navy added to the objections, saying Australia’s plans to turn back asylum-seeker boats were “too risky” and could cost lives at sea.

Major Andy Apriyanto, the head of policy for the Indonesian Maritime Security Coordinating Board, said Mr Abbott needed to drop the plan or he would be responsible for risking lives.

“What they need to do is to revise their own policy,” Major Andy said.

“Casualties may happen with this, and if they are in open sea, first of all it’s too risky with boats commonly in poor condition and over capacity.”

The Abbott government had hoped to conduct the dispute behind high-level closed doors as soon as possible after the election, but Dr Natalegawa has now twice publicly called the Australians out.

Although Mr Yudhoyono has made no public comment on the issue, palace officials have said Dr Natalegawa speaks with the administration’s full authority on asylum-seeker issues.

Following their New York meeting on Monday, Ms Bishop said: “I had a very broad ranging discussion with Minister Natalegawa and I am confident that we will be able to implement our policies”.

She will accompany Mr Abbott on his visit to Jakarta on Monday.

“We have in the past worked very constructively together to stop this problem.

“We are, even now, working very well together with the Indonesians but we can do better in the future”

General Manager at Craig Hill Training Services * Get an Australian diploma by studying in your own country * Get an Australian diploma using your overseas study and work experience * Diplomas can be used for work or study in Australia and other countries. * For more information go to www.craighill.net
View all posts by Craig Hill »
« Indonesia wants more of Australia’s land; 1.5 million hectares not enough
Australia bans Malaysian human rights activist; government’s new stance » 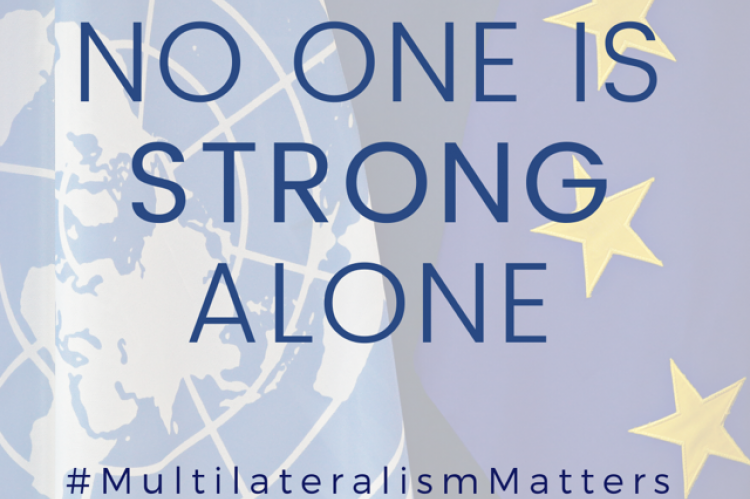