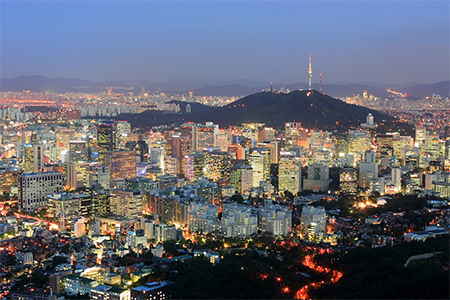 Last weekend was the 60th anniversary of the armistice between North and South Korea which ended the active fighting in Korean War.

Last month, Australia and the Republic of Korea convened the first Foreign and Defence Ministers’ ‘two plus two’ meeting.

We’re both middle powers with extensive common interests, but to some extent the bilateral relationship has been underdone.

An obvious area for both countries to work together on is maritime security co-operation.

Australia and South Korea have common interests in being able to get their exports to the intended markets at times of increased tension.

South Korea is our fourth-largest overall trading partner. We should undertake a joint study on maintaining the security of shipping routes between Australia and the ROK.

South Korea is one of the most active regional countries on oceans management and has several active ocean-focused think tanks.

There are lots of common maritime interests that we could work on with South Korea: mitigating maritime natural hazards, marine environmental issues, piracy (the south Korean navy has been active off Somalia), sea level rise, ocean acidification, pollution, and fisheries, (although some South Korean vessels have been involved in exploitative fishing operations in the Southern Ocean).

In terms of Antarctic co-operation, South Korea has recently acquired its first icebreaking vessel. The country has one research base, the Sejong Research Centre 4, on King George Island off the coast of the Antarctic Peninsula. It’s building a second base in Terra Nova Bay, in the south eastern end of the Antarctic.

Hobart could be the gateway city for Korean Antarctic polar operations, and when our Antarctic air link is reliable this could also open up opportunities for Australian-South Korea co-operation on the frozen continent.

In terms of naval co-operation, Australia and South Korea are members of Western Pacific Naval Symposium. The WPNS has developed a voluntary Code for Unalerted Encounters at Sea. It’s based on international legal and navigation principles. We should work together to ensure that the CUES system is more widely adopted in practice by navies across the Indo Pacific. South Korea is also an active member of the ASEAN Defence Ministers’ Plus maritime security working group, co-chaired by Australia and Malaysia.

Australia and South Korea are both major regional submarine operating countries. The ROK builds submarines and has sold three boats to Indonesia. There would be some scope for working together on regional arrangements for the prevention of mutual interference between submarines, which could be an important regional maritime confidence building measure.

Australia should co-operate with South Korea around the national and regional security challenges posed by climate change and the need to build regional co-operation for action, particularly responding to the increased frequency and severity of extreme weather events.

The threats posed by transnational organised crime is another area we might work on together. Criminal enterprises have developed alongside legitimate commerce in our region in recent years, creating contraband markets valued at approximately US$90 billion.

There’s some evidence that South Korean criminal syndicates have been operating in the Philippines, and that the ROK is a source, transit, and destination country for human trafficking.

Australia and South Korea can work across a number of agencies to contribute to policy and program development to combat serious and organised crime and strengthen regional partnerships.

Working together with South Korea in these broad areas of common security interests will be a long term investment for both countries.

Australia should get much closer to its Seoul mate.

Anthony Bergin is deputy director, Australian Strategic Policy Institute
Source: The Australian – Canberra should get closer to our Seoul mate