Australia has failed to create indigenous mining jobs as promised 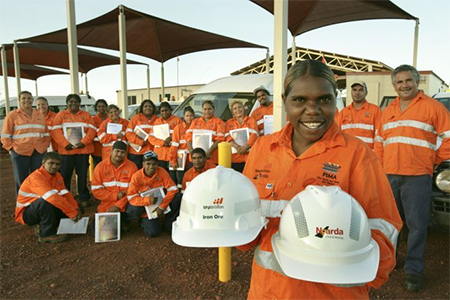 Mining magnate Andrew Forrest has demanded the government deliver on its promise to get indigenous people into jobs under his covenant.

The Fortescue Metals Group chairman has warned that the nation is at a crucial point in politics where a bipartisan commitment is required to meet ambitious jobs targets.

Mr Forrest was responding to an Auditor-General’s report that said bureaucrats had not done enough to support Mr Forrest’s scheme to create thousands of indigenous jobs.

Auditor-General Ian McPhee found the Department of Education, Employment and Workplace Relations had failed to sustain its effective initial contribution to the Australian Employment Covenant.

In his report, Mr McPhee said the department, in consultation with the AEC, needed to advise the government on options for its ongoing involvement.

Mr Forrest called on all sides of politics to unite on indigenous jobs. “We are at a crucial point in politics where ending indigenous disparity is within reach,” he said. “We need all sides to unite — regardless of the leader — and be relentless in the pursuit of ensuring that only effective training is funded.

“Training that is employer-driven, demand-led and that links to a guaranteed job. We have over 60,000 jobs committed by business. We need politicians and the public service to now focus on living up to their promise in the covenant.”

New job centres that link indigenous training with direct jobs being pushed by Mr Forrest have won the in-principle support of the federal government.

However, a new report commissioned by DEEWR reveals that if the centres cover too many industries they will not succeed. The Australian obtained the executive summary of an independent review by Hugh Watson Consulting delivered last September that concluded Mr Forrest’s GenerationOne model had merit, but argued that other programs being trialled were having similar results.

The report did, however, conclude that training linked to an identifiable job, as pushed by Mr Forrest as part of his covenant, rather than training with no job at the end, was the preferred model.