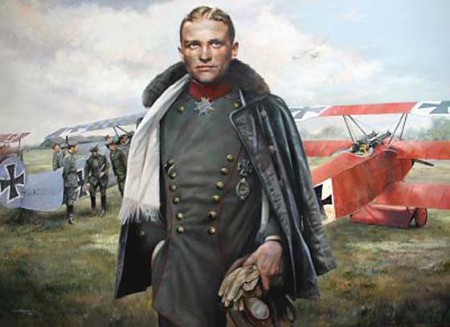 Manfred von Richtofen and his triplane

On September 17th 1916, the German air ace Manfred von Richthofen, known to history as the “Red Baron,”shot down his first enemy plane over the Western Front during World War I.

Richthofen, the son of a Prussian nobleman, switched from the German army to the Imperial Air Service in 1915. He became the star pupil and protégé of Oswald Boelcke, one of Germany’s most successful fighter pilots. After seeing action over the Eastern Front, where he bombed Russian forces and railway junctions, Richthoften began his legendary career in the west.

On September 17, 1916, in his first trip in a combat patrol commanded by Boelcke, Richthofen found himself and his Albatross biplane engaged in aerial combat by a plane piloted by British Second Lieutenant Lionel Morris.

Richthofen later recounted the experience: “My Englishman twisted and turned, flying in zig-zags. I was animated by a single thought: ‘The man in front of me must come down, whatever happens.’ At last a favourable moment arrived. My opponent had apparently lost sight of me. Instead of twisting and turning he flew straight along. In a fraction of a second I was at his back with my excellent machine.

“I gave a short burst of shots with my machine-gun. I had gone so close that I was afraid I might dash into the Englishman. Suddenly I nearly yelled with joy, for the propeller of the enemy machine had stopped turning. Hurrah! I had shot his engine to pieces; the enemy was compelled to land, for it was impossible for him to reach his own lines.”

Richthofen followed the enemy plane to the ground, landing close to the German lines, where he discovered that both the pilot and the observer that accompanied him, Lieutenant T. Rees, were mortally wounded. According to Richthofen, “I honoured the fallen enemy by placing a stone on his beautiful grave.”

By the end of 1916, Richthofen had downed 15 enemy planes. The following year, he surpassed all flying-ace records on both sides of the Western Front and began using a Fokker triplane, painted entirely red in tribute to his old cavalry regiment.

Although only used during the last eight months of his career, it was this aircraft with which Richthofen was most commonly associated and that led to an enduring English nickname for the German pilot, the Red Baron.

By the time he was shot down and killed over the Somme River on April 21, 1918, the 25-year-old Richthofen had downed over 80 enemy aircraft, securing his status as one of the greatest air aces to emerge from World War I on either side of the conflict.

General Manager at Craig Hill Training Services * Get an Australian diploma by studying in your own country * Get an Australian diploma using your overseas study and work experience * Diplomas can be used for work or study in Australia and other countries. * For more information go to www.craighill.net
View all posts by Craig Hill »
« September 16 1810 Mexican War of Independence begins
September 18 1973 Jimmy Carter files report on UFO sighting » 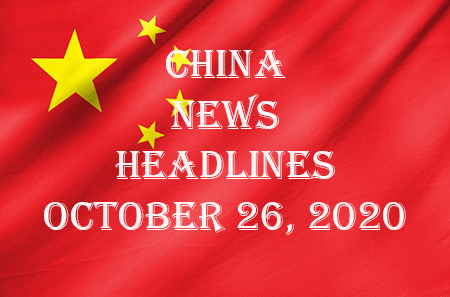