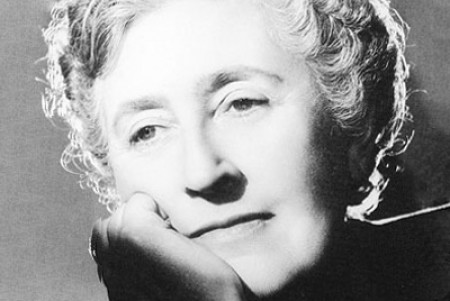 Raised and educated at Ashfield, her parents’ comfortable home, Christie began making up stories as a child. Her mother and her older sister Madge also made up stories: Madge told especially thrilling tales about a fictional, mentally deranged older sister.

Agatha married Colonel Archibald Christie in 1914, before World War I, and had one daughter. While her husband was off fighting in World War I, Christie worked as an assistant in a pharmacy, where she learned about poisons.

She began to write on a dare from her sister and produced her first mystery novel, The Mysterious Affair at Styles (1920), featuring Belgian detective Hercule Poirot, who would appear in 25 more novels during the next quarter century. The novel found modest success, and she continued writing. The Murder of Roger Ackroyd (1926) became a bestseller, and she enjoyed phenomenal success for the rest of her life.

However, about this time Christie entered a period of emotional turmoil after the death of her mother and a divorce from her first husband. She disappeared for 11 days, eventually turning up at a health spa. Her disappearance was highly publicised, and an expensive government search ensued. She was later criticised for not coming forward with her whereabouts earlier.

In 1930, she married archeologist Sir Max Mallowan and accompanied him on expeditions to the Middle East, which became the setting for many of her novels. She created Miss Marple, one of her most beloved detectives, in 1930.All told, Christie wrote some 80 novels, 30 short story collections, and 15 plays, plus six romances under the pen name Mary Westmacott.

She was knighted in 1971 and died in 1976, just a year after she killed off Poirot in the novel Curtain: Hercule Poirot’s Last Case. Poirot received a front-page obituary in the New York Times on August 6, 1975. By the time Christie died, more than 400 million copies of her books had been sold in more than 100 languages.