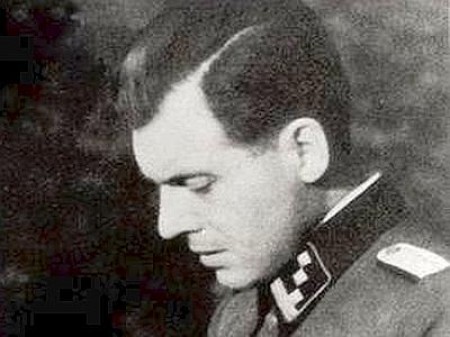 On May 24th 1943, the extermination camp at Auschwitz, Poland, received a new doctor, 32-year-old Josef Mengele, a man who would earn the nickname “the Angel of Death.”

Born March 16, 1911, in Bavaria, Mengele studied philosophy under Alfred Rosenberg, whose racial theories highly influenced him. In 1934, already a member of the Nazi Party, he joined the research staff of the Institute for Hereditary Biology and Racial Hygiene.

Upon arriving at Auschwitz, and eager to advance his medical career by publishing “groundbreaking” work, he began experimenting on live Jewish prisoners. In the guise of medical “treatment,” he injected, or ordered others to inject, thousands of inmates with everything from petrol to chloroform. He also had a penchant for studying twins, whom he used to dissect.

Mengele managed to escape imprisonment after the war, first by working as a farm stableman in Bavaria, then by making his way to South America. He became a citizen of Paraguay in 1959. He later moved to Brazil, where he met up with another former Nazi party member, Wolfgang Gerhard. In 1985, a multinational team of forensic experts travelled to Brazil in search of Mengele. They determined that a man named Gerhard, but believed to be Mengele, had died of a stroke while swimming in 1979. Dental records later confirmed that Mengele had, at some point, assumed Gerhard’s identity, and was in fact the stroke victim.

A fictional account of Josef Mengele’s life after the war was depicted in the film Boys from Brazil, with Mengele portrayed by Gregory Peck.

General Manager at Craig Hill Training Services * Get an Australian diploma by studying in your own country * Get an Australian diploma using your overseas study and work experience * Diplomas can be used for work or study in Australia and other countries. * For more information go to www.craighill.net
View all posts by Craig Hill »
« May 23 2012 China Daily Mail Headlines
May 24 2012 China Daily Mail Headlines »