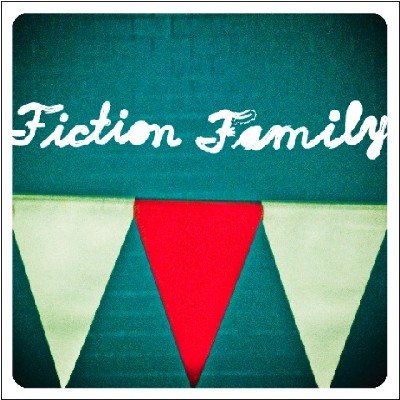 Those who became enamored with Foreman’s folky acoustic solo project will eat Fiction Family right up. The record isn’t as bluegrass-oriented as Nickel Creek, but fans of that band would also be remiss to skip this record. There’s a good mixture of styles here, ranging from the piano-rocker “When She’s Near” to the achingly sparse “Throw It Away” to closing knee-slapper “Look For Me Baby.” Somewhat surprisingly, the vocals are mostly handled separately. As far as that goes, it just depends if you prefer the smoothness of Watkins or the rasp of Foreman. “Elements Combined” benefits from Watkins as his vocal melodies add a wonderful counterpart to the slightly eerie instrumentation. Watkins’ songs have a special way of taking you back in time, even if said time is before you were born. “Betrayal” is another subdued track, although Foreman leads the sorrow this time around. Not a shocker due to the name, but it’s not exactly a happy song: “I don’t remember much about that night / But I’m pretty sure it rained the day I died / I think it rained / I’m pretty sure it rained the day I died.” If these guys have anything in common it’s heartbreak.

While there is diversity on Fiction Family, it’s hard to call this a cohesive album. Watkins and Foreman worked on and off for 3 years before completing the record, and as such there isn’t that beginning-middle-end quality many tend to crave in their music. Most people won’t miss any grand scheme if you put Fiction Family on shuffle. Perhaps if there was more vocal intermingling between the two it would feel more collaborative, but as it is now, this could be two separate EPs packaged together. Foreman’s tearjerker “Please Don’t Call It Love” would benefit greatly from Watkins’ empathetic vocals. Watkins is providing instrumentation, but his involvement feels so limited. (“Mostly” is a good indication of what Watkins’ voice would add to Foreman’s.)

Fiction Family doesn’t sound like a group effort. Each man proves time and time again why he is so revered, but the listener doesn’t feel blown away in the slightest. Logic dictates that two good artists should make one great record. Fiction Family can only muster decent results. “We Ride” is essentially a The Beautiful Letdown b-side. For future recordings Watkins and Foreman should set aside consecutive days to work on an album. Tour schedules and pre-existing responsibilities make this difficult, but for a record to be collaborative there actually has to be a sense of togetherness.