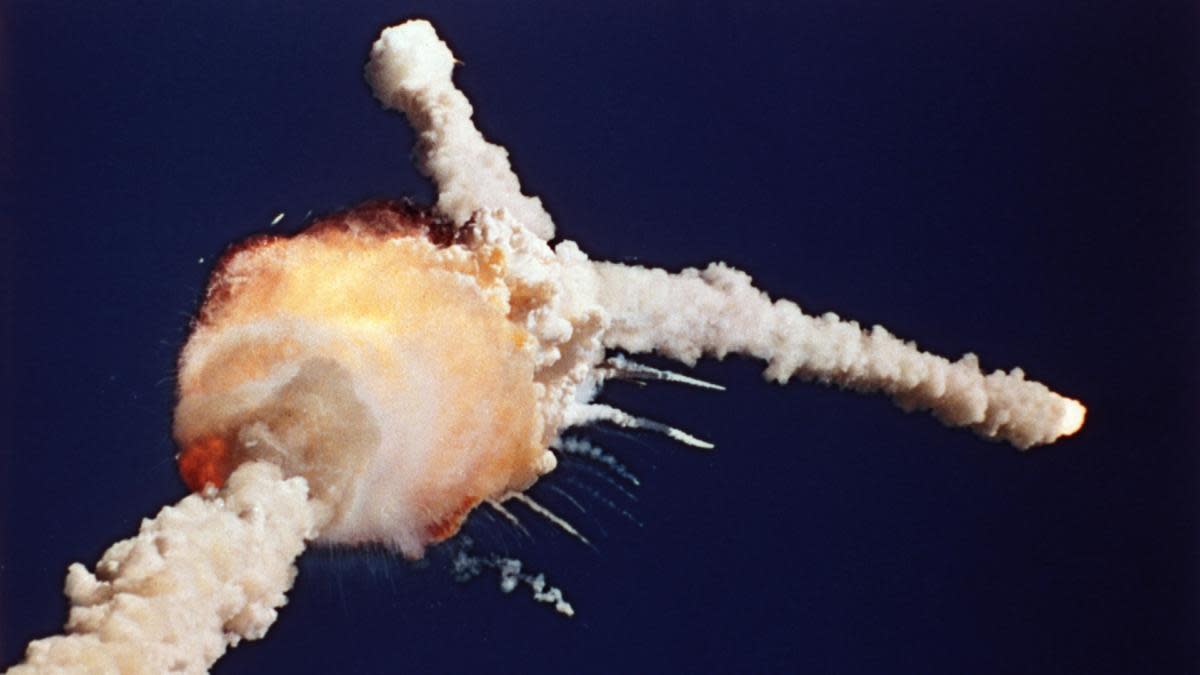 At 11:38 a.m. EST, on January 28, 1986, the space shuttle Challenger lifted off from Cape Canaveral, Florida, and Christa McAuliffe is on her way to becoming the first ordinary U.S. civilian to travel into space.

McAuliffe, a 37-year-old high school social studies teacher from New Hampshire, won a competition that earned her a place among the seven-member crew of the Challenger.

She underwent months of shuttle training but then, beginning January 23, was forced to wait six long days as the Challenger‘s launch countdown was repeatedly delayed because of weather and technical problems.

Finally, on January 28, the shuttle lifted off.

Seventy-three seconds later, hundreds on the ground, including Christa’s family, stared in disbelief as the shuttle broke up in a forking plume of smoke and fire.

There were no survivors.

Five years later, space flights of the shuttle began when Columbia traveled into space on a 54-hour mission.

Launched by two solid-rocket boosters and an external tank, only the aircraft-like shuttle entered into orbit around Earth.

When the mission was completed, the shuttle fired engines to reduce speed and, after descending through the atmosphere, landed like a glider.

The Challenger disaster was the first major shuttle accident.

In the aftermath of the disaster, President Ronald Reagan appointed a special commission to determine what went wrong with Challenger and to develop future corrective measures.

The investigation determined that the disaster was caused by the failure of an “O-ring” seal in one of the two solid-fuel rockets.

The elastic O-ring did not respond as expected because of the cold temperature at launch time, which began a chain of events that resulted in the massive loss.

As a result, NASA did not send astronauts into space for more than two years as it redesigned a number of features of the space shuttle.

In September 1988, space shuttle flights resumed with the successful launching of the Discovery.

Since then, the space shuttle has carried out numerous important missions, such as the repair and maintenance of the Hubble Space Telescope and the construction of the International Space Station.

On February 1, 2003, a second space-shuttle disaster rocked the United States when Columbia disintegrated upon reentry of the Earth’s atmosphere. All aboard were killed.

Despite fears that the problems that downed Columbia had not been satisfactorily addressed, space-shuttle flights resumed on July 26, 2005, when Discovery was again put into orbit.