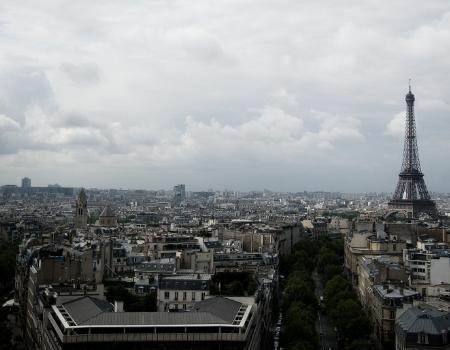 On July 8th 1951, Paris, the capital city of France, celebrated turning 2,000 years old. In fact, a few more candles would’ve technically been required on the birthday cake, as the City of Lights was most likely founded around 250 B.C.

The history of Paris can be traced back to a Gallic tribe known as the Parisii, who sometime around 250 B.C. settled an island (known today as Ile de la Cite) in the Seine River, which runs through present-day Paris.

By 52 B.C., Julius Caesar and the Romans had taken over the area, which eventually became Christianised and known as Lutetia, Latin for “midwater dwelling.”

The settlement later spread to both the left and right banks of the Seine and the name Lutetia was replaced with “Paris.” In 987 A.D., Paris became the capital of France. As the city grew, the Left Bank earned a reputation as the intellectual district while the Right Bank became known for business.

The city continued to develop as an important hub for the arts and culture. In the 1860s, an artistic movement known as French Impression emerged, featuring the work of a group of Paris-based artists that included Claude Monet and Pierre-Auguste Renoir.

Today, Paris is home to some 2 million residents, with an additional 10 million people living in the surrounding metropolitan area. The city retains its reputation as a centre for food, fashion, commerce and culture.

Paris also continues to be one of the world’s most popular tourist destinations, renowned for such sights as the Eiffel Tower (built in 1889 to commemorate the 100th anniversary of the French Revolution), the Arc de Triomphe, the Champs-Elysees, Notre Dame Cathedral (built in 1163), Luxembourg Gardens and the Louvre Museum, home to Leonardo da Vinci’s painting “Mona Lisa.”

General Manager at Craig Hill Training Services * Get an Australian diploma by studying in your own country * Get an Australian diploma using your overseas study and work experience * Diplomas can be used for work or study in Australia and other countries. * For more information go to www.craighill.net
View all posts by Craig Hill »
« July 7 2005 Terrorists attack London transit system at rush hour
July 9 1962 Bob Dylan records “Blowin’ In The Wind” »