Vietnam has denounced China‘s opening of offshore oil blocks to foreign companies in contested areas of the South China Sea as “illegal”, as territorial tensions grow between the communist neighbours. On Saturday, the China National Offshore Oil Corporation (CNOOC) announced that nine offshore blocks were available for exploration, and said it was seeking bids from … Continue reading »

In my post “China’s Greater Asia Co-prosperity Sphere” on January 29, I say that if China succeeds in turning North Korea into a prosperous country by its model of free economy, China may set a North Korea model for poor Asian countries to copy. It will facilitate realisation of China’s dream of a greater Asia … Continue reading »

No end of South China Sea troubles for China

Soon after both the Philippines and China withdrew their boats from the disputed Scarborough Shoal and its surrounding sea area on the excuse of poor weather, Philippine president Benigno Aquino III said on June 20 he would send ships back to the shoal after the weather cleared if the Chinese ships have not left the … Continue reading »

A visit to Shaoxing

Shaoxing is a smallish city in Zhejiang province about 200 km south east of Shanghai. Shaoxing is today mostly known for its fabric manufacturing. It is a nice city surrounded by beautiful scenery. There are plenty of things to do and see in the area. The highlight in the area is the East Lake (Dong … Continue reading » 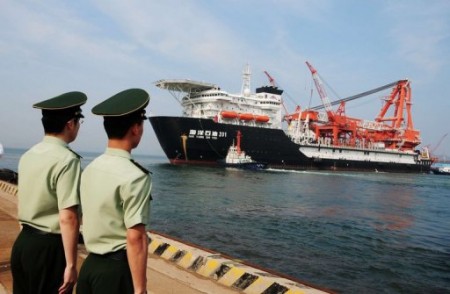