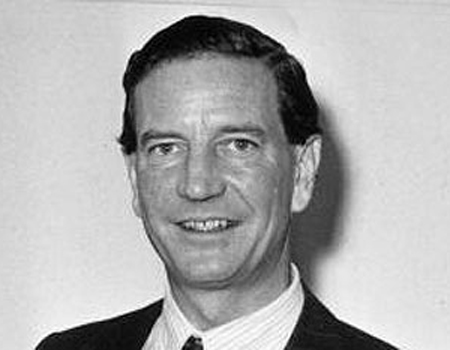 On May 11th 1988, Kim Philby, a former British Secret Intelligence Service officer and double agent for the Soviet Union, died in Moscow at the age of 76. Philby was perhaps the most famous of a group of British government officials who served as Russian spies from the 1930s to the 1950s.

Philby came from a privileged and respected background in British society. He attended Trinity College at Cambridge University in the early 1930s, and became progressively more attracted to radical politics. In 1934, he travelled to Vienna where he met, married, and soon divorced a young woman who was a member of the Austrian Communist Party. Philby later claimed that this was when the Soviet government recruited him to do espionage work in Great Britain.

In 1941, Philby successfully entered the ranks of the British Secret Intelligence Service–the famed M.I.6. He quickly rose through the ranks and, in an ironic turn of events, was charged with handling the Service’s double agents. During the war, he worked closely with both American and Soviet espionage agencies to coordinate activities against Hitler’s Germany. After the war, he continued his ascension in the Service’s bureaucracy; many believed that he was slated to become its next director.

Philby came under heavy suspicion and, although cleared of charges, he was dismissed in 1955. In 1963, new charges arose concerning Philby and his connections with Soviet espionage. This time, Philby fled and joined Burgess and Maclean in Russia.

Philby, in interviews given in Russia and his 1968 memoir, My Silent War: The Soviet Master Spy‘s Own Story, claimed that he turned to spying for the Soviet Union during the 1930s because he did not believe the western democracies were doing enough to stop Hitler. His loyalties to Russia and the ideals of communism did not diminish with the onset of the Cold War, however.

In 1988, he died in Moscow, apparently from a heart attack. The defections of Burgess, Maclean, and Philby were immense blows to British diplomacy, intelligence, and the general public morale. The fact that these three men, products of the best and brightest of British society, could turn against their country shocked the country. The Philby defection, in particular, was one of the most scandalous events of the Cold War.