The other main contributors to the Commonwealth Bank Southern Stars’ total were Jodie Fields (42) and Ellyse Perry (36). The pair hit 10 boundaries between them as Australia recovered from a potentially dangerous position to launch a counter attack in the final overs.

Australia took advantage of its batting powerplay by belting 40 from the final five overs of the innings. Blackwell and Perry used the increased field restrictions well and added 57 for the seventh wicket after the innings stuttered when the Commonwealth Bank Southern Stars lost 3-7 in five overs to drop to 6-130 in the 37th over.

The pair’s rescue mission ensured the Commonwealth Bank Southern Stars attack had at a significant target to defend.

“The plan when I went out to bat with Alex was for us to make the 45-over mark, take the batting powerplay and launch from there,” Perry said.

“For us it was about knocking it around and accumulating runs and getting us back on track a bit.”

“We lost consecutive wickets throughout our innings, especially early on, and that really hurt us in the middle overs, but I think we regrouped well to get a defendable total on the board,” vice captain Blackwell said.

“Building partnerships throughout the order – it doesn’t really matter where they are – are important, like Ellyse and I did today. She came out and we formed a really good partnership which helped us.

“There are expectations for the number one ranked team to beat lesser ranked teams, but it’s been very positive to see how teams have stepped us against us. I actually think West Indies and South Africa have had two good games against us.

“We do need to work on the some things, which we are definitely doing to improve each game.”

The West Indies chased the target with enthusiasm but at 5-85 the match looked headed for a quick conclusion before Deandra Dottin and Debbie-Ann Lewis put together a 56-run stand to take the score to 141.

Lewis’s dismissal came at the wrong time for West Indies, with their batting powerplay taken in the over following her exit and her team needing 10 an over to win.

Dottin’s innings was especially entertaining. The 17-year-old smashed four towering sixes in an innings of 51 from 54 balls before holing out to Delissa Kimmince at long on with four overs remaining.

West Indies finished on 7-164, its highest score against Australia in four one-day internationals, passing the 151 it made at the 2005 World Cup.

The Super Six stage of the tournament starts on Saturday with the Commonwealth Bank Southern Stars playing India at North Sydney Oval. Play starts at 10am. 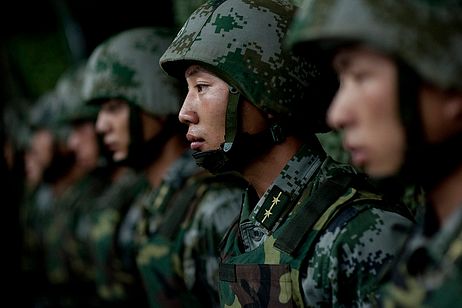