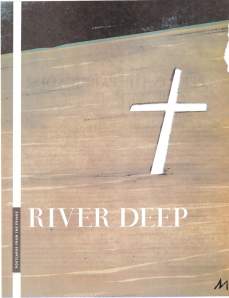 Murphy always admired the work of the emergency services. Seeing them on the news trying to locate a woman missing in floodwaters in Queensland, his stomach tightened as he felt the familiar certainty that nothing good would come of their search. It was partly a survival instinct he had developed after 30-odd years as an emergency worker himself.

He shook his head as he remembered another woman, another flood. It was in the Southern Tablelands of New South Wales, in the city of Goulburn, where Murphy was a member of both the bushfire brigade and the State Emergency Service. This particular flood had been a ripper. Worst in decades.

A farming couple wanted to cross a swollen creek at a causeway they had used daily for 28 years. But the little creek had become a raging river. The husband knew it was dangerous but thought his new 4WD was up to the task. After all, it had cost him $50,000. His wife wasn’t so sure.

“If we take it nice and slow, and turn the wheels into the current, this baby can handle anything,” Joe declared. But as he edged into the water, he felt the power of the torrent and knew it was too strong.

An hour later, Joe was sitting on the riverbank with the SES volunteers. The car had washed off the causeway, travelled 50m down the river and become wedged in a tree in the middle of the surge. The vehicle was three-quarters submerged, so they couldn’t see Joe’s wife.

Murphy doubted that she was still alive, but for now he had to assume she was. He tied a rescue harness around himself and secured it around the thick trunk of a tree just inside the new bank of the river.

He felt the water trying to snap the rope upon which his life now depended and trying to drag his body under. He felt a moment of panic as he realised just how much power he was fighting. But he needed to know if the woman was still alive so he kept going.

Kicking his feet hard, he reached the car and dived. He could see her through the window, staring straight ahead, wide-eyed. Her vacant expression seemed serene against the fury of the water outside. Her hair floated in the still water that filled the cabin. This was no longer a rescue but a recovery mission.

With sudden urgency, Murphy struggled to resurface and gasped for air. He knew that if he tried to get into the car, someone else would have to recover his body as well as the woman’s. He would be prepared to take the chance if she was still alive, but not to retrieve a corpse.

He knew they needed to recover the body as soon as possible though, or it could be lost for days. He hooked a cable from the front bullbar and slowly dragged himself back towards the tree, with the muscles in his arms and upper body screaming as he worked against the raging torrent. Connecting the cable to the SES troop carrier parked on the riverbank, he hoped it would stop the submerged vehicle from being washed further downstream.

This done, he and the other SES members decided to drive the 6km back to the bridge, cross over, and try from the other side. If only the farmer had made the same detour…

When they came to a stop on the opposite bank, someone said, “Hey, Murphy. The f**kin’ tree’s gone.” Yep, the tree he had been tied to, had been washed away. He imagined it smashing his body and breaking his bones as it hurled down the river into him. No chance of survival if it had come loose while he had been in the water. Only 20 minutes ago.

“Okay, trees are off the list of safe things to tie yourself to,” Murphy said with mock cynicism, their way of coping with the danger and deaths. Just so long as it was out of public earshot, especially the relatives and victims.

It wasn’t until the next day that they were able to recover the woman’s body. It was just something they felt they wanted to do. Had to do. Part of it was a sign of respect, and part of it was a sort of atonement. The deepest part of it was so she wouldn’t be alone in the river. They were keeping her company. They were coping. The loss was theirs as well; a personal loss, even though most of them didn’t even know her.

Watching the news report, 20 years on, Murphy considered the volunteers. Most of them were unpaid, and many lost wages from their regular jobs while they were out serving their community. It was dedication; a need to help those who needed helping.

The reporter commented that the rescuers were wasting resources. The woman’s body had just been found; surely they could be doing something more useful for the living. Murphy gave the volunteers a little mental salute and forgot the commentator in an instant.