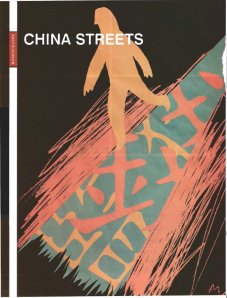 Murphy watched as the seller sold his papers on the street corner. Murphy knew the man was homeless, and admired the work he was doing. He was trying to help himself, and making money to live on. This allowed him to feed himself, and maybe buy things he needed. Murphy decided this was good, and smiled to himself. He reflected on his own times as “homeless” and how he had survived those times. In Australia, there were many places to go, it was just a matter of knowing where they were, and where to go to find them. But in other countries, it was different.

One time, he had been homeless in China. It had only been for six weeks, but it had been a hard run. He had refused to pay a thousand Yuan “fine” to a policeman in Guangzhou, and the policeman had simply taken his passport. The man had then told him his visa had expired, and the “fine” was now five thousand Yuan. He was also told that if he did not pay, he would go to gaol until his relatives back in Australia paid the money for him.

Murphy had somehow managed to get away from the police station, and had gone to the Australian consulate. They had simply told him he was on his own, and had to find the money, or go to gaol. It didn’t matter that the visa still had seven months of twelve months left on it.

A foreigner trying to beg on the streets would attract too much attention. Likewise, scavenging for food. This was all illegal in China anyway, although tolerated amongst the locals. It was a pretty sure way to get sent to gaol. Murphy had visited gaols in China. They weren’t somewhere he thought he could survive. Not “civilised” like western gaols. Sometimes 10 to a cell, and no sewerage as such. Just a bucket that was emptied once a week.

Murphy knew this wasn’t an option. So he headed back to the consulate. Still not interested. Murphy went back to his apartment near the centre of town. The guard in the building told him he could not stay there any longer. No passport and no visa meant nowhere to stay. He tried to book into a hotel. No go with no passport. He got out of there quick, before the hotel guard could call the police.

He went back to the English pub he frequented in the city’s nightclub strip. Here, at least, there were plenty of foreigners. Australians, English, Americans, Canadians, and even the odd Kiwi. The “foreigners” in China. At least he was amongst his own here. All these people knew what it was like to be a stranger in a strange land. Anyone who had been here for any length of time could tell him similar stories of similar incidents. The infamous “fines” imposed by the police.

Murphy had spent six weeks staying in various people’s apartments and hotel rooms. In effect, he was on the run for six weeks. Other “foreigners” had gladly helped him with food, and for the first time, Murphy could appreciate what it must be like for foreigners living in western countries. He understood why they gathered in ethnic groups. He knew why they depended on their own for survival.

Murphy had gotten to know an American embassy security chief whilst in Guangzhou. This was part of the world Murphy had once traveled in. He approached the secret service agent, and asked for political asylum. The security chief had been incredulous, and suggested that Murphy should contact the Australian consulate. The request for asylum was declined, as Murphy had expected. Murphy explained the situation with his consulate, and the American called them for him.
That afternoon, the Australians paid the “fine”, and Murphy had to agree to leave the country. The Australians also agreed to lend him the money to fly from Thailand to Australia. Murphy wondered how he would get to Thailand. His American friend told him that would be organised for him. Murphy smiled. He thought he had left this life behind, but was now glad of his own background and training.

Murphy’s mind wandered back to the present. He had gotten out of China with relatively little fuss. He had survived in China because of others. He had survived because it is human nature to survive. The way each person chose to survive reflected on the individual. Murphy liked this newspaper seller, because he had chosen to survive with self respect. He had taken control of his own life.

Murphy bought a paper, and left a dollar tip. Murphy smiled, and walked away.