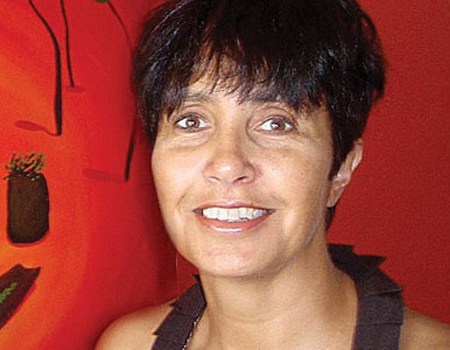 Parliament has taken another stride toward reconciliation on the fifth anniversary of the national apology to the stolen generation, as campaigners urged MPs on both sides not to give up.

Prime Minister Julia Gillard and Opposition Leader Tony Abbott put aside politics on Wednesday as the lower house passed legislation to create an Act of Recognition of indigenous people.

The National Congress of Australia‘s First People spokeswoman Jody Broun was heartened by their words and urged them not to give up as the “hard yards” on constitutional reform would now begin.

In parliament, Ms Gillard described the bill as an act of preparation and anticipation for a referendum.

The legislation, which contains a two-year sunset clause, is to pave the way for constitutional change while giving time to build community support.

The prime minister said the push for change shared the idealism of the 1967 referendum which included indigenous people in the national census.

“This year the youngest voters of that referendum are turning 67,” she said.

“I hope they will soon be able to return to the ballot box, perhaps with their children and grandchildren, and again make history.”

Ms Gillard paid tribute to her predecessor, Kevin Rudd, for paving the way with his courageous apology to indigenous people on behalf of all Australians.

Mr Abbott said he and Ms Gillard were partners on this matter.

He honoured her work and that of other leaders who paved the way over the years.

“Most of all I honour the millions of indigenous people, living and dead, who have loved this country yet maintained their identity, and who now ask only that their existence be recognised and their contributions be acknowledged,” he said.

Australia now had an opportunity to do what should have been done 200 or 100 years ago.

“We need to atone for the omissions and for the hardness of heart of our forebears to enable us all to embrace the future as a united people,” he said.

“We shouldn’t feel guilty about our past, but we should be determined to rise above that which now makes us embarrassed,” he said.

“Except for one thing – we have never fully made peace with the first Australians.

“This is the stain on our soul that prime minister Keating so movingly evoked at Redfern 21 years ago.”

Both leaders acknowledged finding a form of words for the constitution that made everybody happy would be difficult, but not impossible.

MPs used social media networks to say how proud they were to vote for the bill.

In September, the government shelved plans to hold a referendum on the constitutional recognition of Aboriginal people because of a lack of public awareness.

It introduced the Act of Recognition as a stepping stone towards constitutional change.

Australian Greens senator Rachel Siewert was a member of an expert panel that made recommendations on how to recognise indigenous people in the constitution.

She quoted Aboriginal leader Patrick Dodson, who said there was now a “great weight on the shoulders of politicians”.

“He reminded us that it is on our shoulders now and we need to work together to ensure progress of the referendum,” she said.